What the editor will be looking for 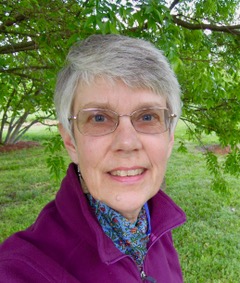 Tanka means small song, so it is both brief and lyrical.

Tanka are typically composed of five unrhymed lines of uneven lengths; the traditional pattern of short/long/short/long/long lines is ideal but not essential.

Brevity usually requires fewer than 31 syllables. While syllable count is relatively unimportant, each syllable should ‘count’ toward creating a sharply focused poem without padding or wordiness.

Each line is ideally comprised of a single, coherent poetic phrase. Enjambment is used rarely and then only to create a carefully considered effect.

Diction should be simple, not flowery. The language should flow smoothly, with musical cadence and attention to the sounds of words.

Tanka typically juxtapose two parts with a grammatical break between them. Sentence tanka and those with more than two parts are less common but can work well on occasion.

The most effective tanka save the best for last, with the fifth line being the most powerful in terms of sound and sense.

Tanka derives its power from the interplay of concrete, sensory images. Ideally the poem goes beyond description, exploring the relationship between the poet’s inner and outer landscapes and offering multiple layers of meaning, both literal and metaphorical.

By employing such Japanese aesthetic qualities as wabi-sabi, yūgen, aware, and makoto, tanka evoke emotion without sentimentality and without telling the reader what to feel or think.  Tanka are open and thought-provoking, leaving ample ‘dreaming room’ for the reader, but they are not vague or obscure.

For more thoughts on tanka poetics, see ‘What Is Tanka?’ on the website of the Tanka Society of America.

Please submit up to ten individual tanka and/or two sequences and/or two tanka-prose pieces
in the body of an email to the editor (Jenny Ward Angyal) with "UtB Submission - Tanka" for the email subject.
tanka_editor [at] underthebasho [dot] com