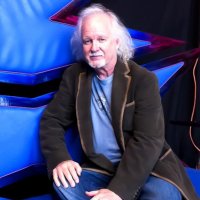 Don Baird, shortly after his birth, moved with his family to live on his grandfather's ranch in Wyoming. He lived in an old converted chicken coop building for some time. Eventually, he and his family moved to San Diego, California and remained there until he was 19.

At 15, Baird entered the world of martial arts of which remains his career today. He has been featured in most of the major industry magazines including Inside Kung Fu, Black Belt, Inside Karate and Fighting Stars. In 2009 he was inducted into the Masters Hall of Fame and was featured in two videos regarding police defensive tactics (Hands On - Police Defensive Tactics).

During his years of training kung fu, Baird became interested in Asian poetry and philosophy. Haiku became his first serious pursuit and passion as a poet. While he had written various free styles of poetry over the years (threw most of it away), it was haiku that raced his heart and imagination. From haiku, he soon included haiga (with photographs), tanka and haibun.

Don is published in numerous anthologies and online journals including Ambrosia: Journal of Fine Haiku, Simply Haiku Journal, World Haiku Review, Notes from the Gean, Haijinx, Modern Haiku, the Heron's Nest, Nothing in the Window (Red Moon Press) and numerous others. He placed 3rd two years in a row in the Kusamakura International Haiku Contest, 2004/2005. He was also awarded 1st place in the NHK Radio International Haiku Contest where his poem was read during the NHK Radio Show by Sokan Tadashi Kondo (2009). His most recent contest 1st place is the Haiku Now! international haiku contest, 2013.

In the early 2000s, Don created an online school of poetry for Allpoetry.com. He met Kevin, the owner, in San Francisco to discuss his ideas. Kevin was immediately taken by it and the project commenced. Soon, the Allpoetry School of Poetry was operating - teaching many different styles of poetry - engaging numerous instructors to make it happen. This was the first of its type for haiku online (and for other styles such as sonnet, sijo, cinquain, beat, and many more).

Don, the first Dean of Education for Allpoetry.com, taught beginner's haiku and advanced haiku for several years before handing it over to other teachers. Myron Lysenko was the first to succeed him; then, Andrew Hide. Many students have written through the doors of Don's Allpoetry School of Poetry over the years and it continues to follow the school model Baird developed.

Baird has written eight books, three of which are currently published: Haiku Wisdom, published by Modern English Tanka Press, (METP), Denis Garrison, 2011; As the Crow Flies, published by The Little Buddha Press, 2013, a small press owned by Diana Ming Jeong and himself; and, L.A. Thru a Lens, published by Notes From the Gean, 2013. Others are Transcending the Void; Feed the Dog, Let Out the Cat; Seeds of a Hermit and Nine Trees.

When Baird has free time, he likes lounging on his big-fat-green- puffy chair and pondering this whole thing called life. For more information regarding Don Baird, please visit his website here